Diskutiere Mazda3 Import from USA im Mazda 3 Forum im Bereich Mazda3 und Mazda3 MPS; Hello Everyone! I am planning on moving to Bavaria and I want to import my 2010 Mazda3. I realize that I will have some challenges in...
Neues Thema erstellen Antworten

I am planning on moving to Bavaria and I want to import my 2010 Mazda3. I realize that I will have some challenges in converting the car to German standards, but I think since the car is fairly new, it should be worthwhile.

I was wondering if I can get some help or suggestions in carrying out this process. I am currently in USA and will probably ship the car next month. So I'm trying to prepare myself for this challenge!

My car is the Sport model. Quite a big engine, its the smallest we have for Mazda3 in USA. =)

I am a bit confused regarding rear fog lights. Are those required in Germany? I am not sure how I will add them but I have front fog light, so I should be able to add the rear fog light to the same circuit. I also have the complete Workshop Manual for the car so I have all the schematics for the wiring.

Also, I have amber front and side turn signals but the rear is red. This I must change. Do you have recommendations for a replacement tail lights? Are there any approvals that the lights must meet in addition to being yellow?

Rear fog light is a must in Germany.
The switch should be seperated from the front fog lights.

Turn signals must be yellow.

To be absolutely shure please call one of the TÜC SÜD or DEKRA guys and ask them.

as you probably know - your US model has a speed limiter ("governer") at around 120 mph.

So if you really want to "run fast" on german highways you should think about buying a new Mazda 3 in Germany.
Such as:
http://suchen.mobile.de/fahrzeuge/s...&negativeFeatures=EXPORT&lang=de&pageNumber=1

By the way - this will not happen to you in Germany:
http://www.youtube.com/watch?v=R2TXdLuqpSg
Zuletzt bearbeitet: 22.07.2011

bino71 schrieb:
Rear fog light is a must in Germany.
The switch should be seperated from the front fog lights.
Zum Vergrößern anklicken....

is the rear fog light one light or a pair of lights (passenger and driver sides)? where is the switch located for your rear fog lights? my current front fog lights are next to my headlights

MPSDriver schrieb:
as you probably know - your US model has a speed limiter ("governer") at around 120 mph.
Zum Vergrößern anklicken....

you actually trust me to drive at those speeds????

You need only one rear fog light, doesn't matter on which side and could be also in the middle.
M3 BL has it on the left side.


The switch for the fog light (front and rear) is on the light switch.
here an example on M3 BK ... but similar to BL:
http://archiv.langzeittest.de/mazda-3/intern/grafik/jc-licht-nebel-schalter.jpg

@fastrunner: actually you should have two of the lights which are on when you drive rewind. In Germany the left of them can be replaced by a Mazda OEM part. Only the correct wirering is required to be done.

However the rear fog lamp must be left or in the middle, not on the right passengers side. It's a mistake by bino.
Zuletzt bearbeitet: 23.07.2011

Axela is right.
250 mm over ground minimum, 1000 mm maximum,
only right is not allowed.

I am thinking about using these

I think this can work as fog light. now the only question is how to add the separate switch. I have four left side dashboard buttons with only one being used for 'DSC OFF'. I couldnt find any switches online, anyone have suggestions?

fastrunner schrieb:
you actually trust me to drive at those speeds????
Zum Vergrößern anklicken....

fastrunner schrieb:
I am thinking about using these

I think this can work as fog light. now the only question is how to add the separate switch. I have four left side dashboard buttons with only one being used for 'DSC OFF'. I couldnt find any switches online, anyone have suggestions?
Zum Vergrößern anklicken....

actually, i dont think these can pass as fog lights. i think i should wait until i'm in Germany and try to get fog lights for the German market Mazda3.

so i got the Workshop Manual and Wiring Schematics for my car and I want to start modifying it to conform to German regulations. I made a youtube video of my lights. Can you guys point out the things that are incorrect in my lights?

i think the brake lights doesn't differ from u.s. to europe.
There are only two types of lights: Bulb and LED.

I can imagine that you have to change the parking light. The parking light of my mazda is located inside. (The same position your high beam is installed.) But I'm not quite sure.

Are you still in the US? Or did you already move to Bavaria?

I only stumbled across your post and this forum today. Funny, I just did the same thing. I moved from the US to Bavaria and took my Mazda 3 with me.

If you haven't moved yet, I would recommend to NOT take your car, but buy a GERMAN car instead (in the US) and take it with you.

I had a company in Bremerhaven take care of customs and all the modifications and German TÜV. Cost € 2100 for TÜV and paperwork and labour and parts.
About € 750 for customs clearance and fees etc

I had some transport damage to my car and had to go to a local dealership here in Bavaria. Voila ............. the German Mazda 3 is not identical with the US model. You have to look very closely to see the differences. The bumpers and front grill are different.
And they don't have the 2.5 l model in Germany.
I am going to deal with the insurance company tomorrow. See how that goes. The VIN number is not showing up, not even at the dealership.

Unfortunately I had no idea that I would move to Germany when I bought my car. Otherwise I would have done things differently. But I had problems selling it because it was too new and a stick shift. I would have had to almost give away and lose a lot of money. So I took it with me.

I also noticed that I hit the rev limiter on the Autobahn. I was driving around 190-200 km/h in the high speed lane when the engine suddenly jerked. Jeez, that was a frightening moment. I had no idea what was going on. I am not used to having the engine cut off at a certain speed. So I tried it again and the same thing happened. So it must be true. I can't go faster than 190 km/h. That really sucks. Although I must admit, at that speed, the car feels like it is flying over the asphalt and barely touching the ground.

I enjoy driving it through the twisties here in Bavaria. It goes like it is on rails.

Let me know how you decided and if I can help you.

So its been about a month so far since I have been able to get TÜV certificate. Here is what I did.

I ordered new front headlights that have the E certificate, and they also have parking/standing lights. Since the original headlights used four terminals for the front turn signals in order to show turn and standing light, I cut the wires that went to the standing light, and manually wired them to the new socket. The sockets (pair for left and right) cost me 50 eur and 2 eur or so for the actual light. Official Wiring Schematics helped here.

Also got a new rear fog light. This was difficult... The new rear fog light replaces one of the back up lights (rear left). The difficult part was running a wire from the front of the car, all the way to the hatch. Wired it directly to my cigarette lighter, because I didnt want to send a wire through to headlight relays which are located in the front hood. Also ran a ground wire with it, since for some reason the original ground for the back up light did was not identical to the cigarette lighter ground. The Official Workshop manual helped in taking apart the interior. The nebelschlussleuchte cost 200 eur.

Had to also replace the rear reflectors with ones with the E symbol. Cost another 50 eur for the pair. Had to take apart the rear bumper in order to replace them.

TÜV-Süd did not have the datenblatt for my car, and so I had to buy it from TÜV-Nord for 450 eur.

In regards to the petrol, the engine did not like E10. There was always a clicking sound... I thought at first it was just the low temperatures, but its gone now after using regular Super.

The test itself cost about 220 eur. Total cost for the conversion was about 1000 eur, and many hours working outside in the cold weather (-18C)...

Any suggestions regarding where to purchase Rims and Summer tires? Also need to buy a new battery before the next winter season. 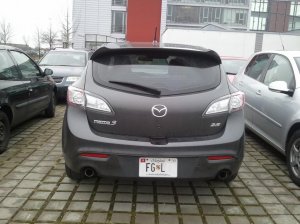 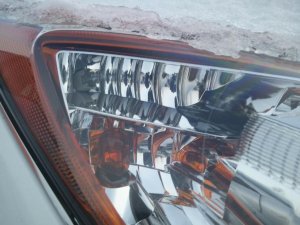 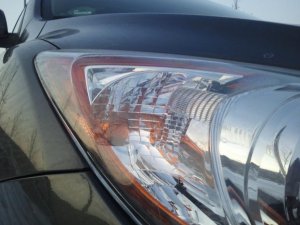 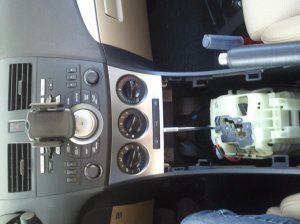 the transmission panels had to be removed in order to reach the steering wheel console area. 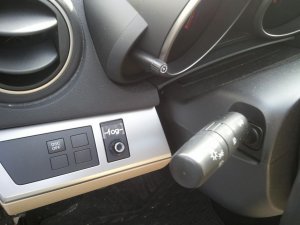 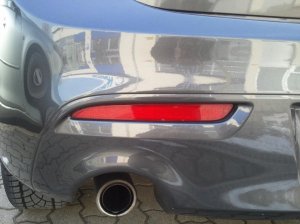 old reflectors. the European ones actually look a bit different as well 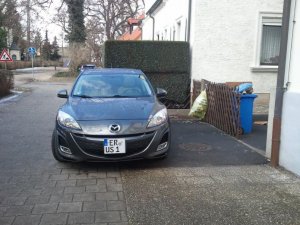 Already been to the Autobahn?

Oh dear! I thought that it would be expensive. But expensive like that... a kick in the teeth. I hope you'll be satisfied with a "german" mazda 3

yes i have, but as veraseca2 mentioned, our cars are limited at 190kph!! maybe a chip would be helpful here... anyone have experience with those things???

Neue Rückruf 3/CX-30: I-Stop: RECALL Mazda Europe-UK for BP Mazda 3 + DM CX-30 with 2.0l Engine M Hybrid which can Stall. MMC has decided to conduct a voluntary recall on the...

Vibrationen über 130km/h: Hi all, Last Friday my Mazda went for repair due to a "check engine light", the Code was P0011 - "A" Camshaft Position - Timing Over-Advanced or...

NBFL 1.8 vvt läuft nach Batteriewechsel: My current battery was empty after a couple of hours, so I brought a new one, built it into the car, and tested it 5 but then dropped the revs...
MX-5 (NB)